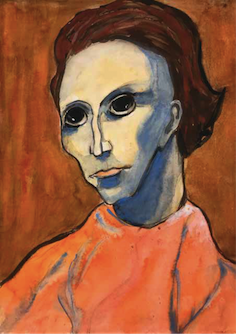 An anthology of Anna Kavan's short writings Machines in the Head has just been published by Peter Owen. It brings together stories from across Kavan's writing career (including one previously unpublished) along with her journalism for Horizon. Images of some of her previously unseen paintings are also included. Available in hardback from Peter Owen or bookshops. 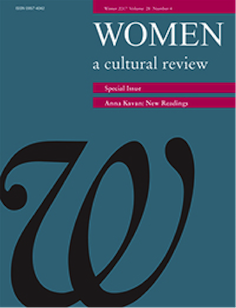 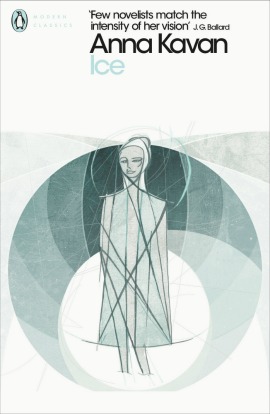 Anna Kavan's best-known novel Ice was first published in 1967. Fifty years later, it has been reissued as a Penguin Modern Classic (both UK and USA editions), and as a Peter Owen Cased Classic. You can see a preview of Jonathan Letham's Introduction to the US edition in the New York Times. 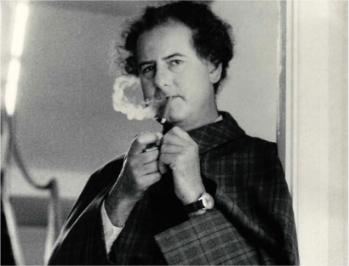 Peter Owen, the independent publisher who championed Anna Kavan's work, has died aged 89. See the Peter Owen website for an obituary and their Anna Kavan pages for her books currently in print.

January 2016
Anna Kavan at Bethlem Museum of the Mind

See Anna Kavan's portrait of her psychiatrist and close friend Dr Bluth on permanent display at Bethlem Museum of the Mind. For visiting times and more information see Museum of the Mind. In February 2016 the museum will also be exhibiting Kavan's painting of her own fictional character Luz, and Victoria Walker will be speaking about 'Anna Kavan's Fictional Worlds' at 2pm on 26 March 2016. To book see here.

Constant Association for Art and Media in Brussels is currently hosting an exhibition and associated events based around Catherine Lenoble's forthcoming fiction ANNA K, a hybrid literary creation inspired by the life and work of Anna Kavan. It brings together a fiction, Anna K, to be published by HYX editions in 2016; an online creation, kavan.LAND, developed in collaboration with OSP; and an offline exhibition, kavan.LAN, bringing together a personal collection of data and media under a free license. Constant, Rue du Fortstraat 5, 1060 Saint-Gilles, Brussels, Belgium. The exhibition runs until 17th January 2016.

This one-day symposium will bring together academics and researchers from Europe and North America to discuss Anna Kavan's work. For a full programme and details of how to register, please see here.

Anna Kavan's legacy can be seen in the admiration of her work expressed by writers of her time and those that followed her, among them Jean Rhys, Anais Nin, J G Ballard and Brian Aldiss. The Anna Kavan symposium will close with a public event in the evening at which writer Maggie Gee will discuss Kavan's writing, and consider points of comparison with her own work and her experience as a contemporary author. 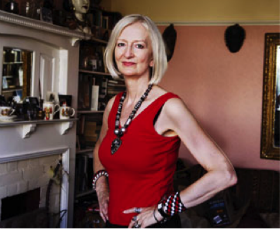 Maggie Gee has written twelve acclaimed novels, including The Ice People, My Cleaner, My Driver and The White Family, a collection of short stories, The Blue, and a memoir of her life as a writer, My Animal Life. She was the first female Chair of Council of the Royal Society of Literature, 2004-2008, and is now a Vice-President. Her new novel, Virginia Woolf in Manhattan, has just been published. She is Professor of Creative Writing at Bath Spa University. 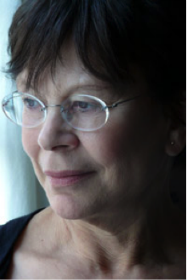 Virginia Ironside is a writer, journalist and agony columnist, and currently has a regular column in both the Independent and the Oldie. She is a long-time advocate of Anna Kavan's work and wrote the introduction to the recent edition of Julia and the Bazooka.

To coincide with the Anna Kavan Symposium, writer Catherine Lenoble will be facilitating a collaborative-writing workshop to edit the Wikipedia pages associated with Anna Kavan. For further details and how to register (to join in person or remotely), please see here. We're excited to announce that an academic symposium on Anna Kavan will take place at the Institute of English Studies, London, on 11 September 2014. A call for papers has been issued with a deadline of 30 April 2014, for further information see annakavansymposium.wordpress.com. The symposium will close with a public event in the evening at which contemporary writers will discuss Anna Kavan's writing and their own work, to trace her continuing influence and relevance. 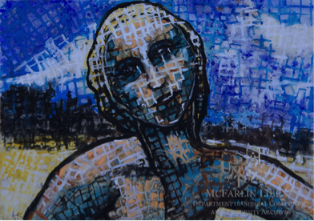 The University of Tulsa, Oklahoma, has just opened an exhibition of 36 of Anna Kavan's artworks from the McFarlin Library's Special Collections. These are installed at the Zarrow Center in the downtown arts district and Marc Carlson, Head of Special Collections, will also give a lecture at mid-day on 15 November 2013. This is an exciting opportunity to view these holdings from the McFarlin Library's Anna Kavan archives, the exhibition runs until 1 December 2013. For further information see here 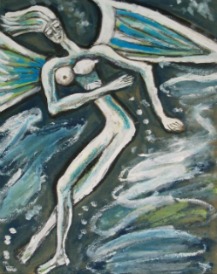 Anna Kavan features in the Freud Museum's current exhibition inspired by Lisa Appignanesi's acclaimed book, Mad, Bad and Sad: Women and the Mind Doctors from 1800 to the Present. The exhibition offers an opportunity to view memorabilia and several of Kavan's paintings within this evocative setting in London, and sees her duly recognized alongside other twentieth-century women writers, artists and intellectuals. There will be a talk 'Anna Kavan and the Politics of Madness' on the evening of 10 December 2013 at the museum, at which Victoria Walker will present recent research into Kavan's life, focusing especially on her personal and intellectual liaisons with psychiatric practitioners including Maxwell Jones, Ludwig Binswanger and her close friend Dr Karl Bluth. For further details see the Freud Museum's website 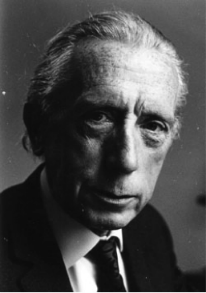 Writer Rhys Davies was Anna Kavan's close friend for over 30 years and one of her literary executors after her death; his novel Honeysuckle Girl (1975) was based on Kavan's life during the time of her marriage and split from Stuart Edmonds. The Rhys Davies Short Story Conference will take place between Friday 13 and Sunday 15 September 2013 at Swansea University campus. Friday night will see the exclusive premiere performance of Silverglass by D J Britton. The play is set in the late 1960s and looks at a pivotal point in the friendship between Rhys Davies and Anna Kavan, both of whom were living a life of self-invention. The new play sees writer/director D J Britton join forces with BAFTA-winning actor Richard Elfyn, following their success in 2012 with The Wizard the Goat and the Man Who Won the War. For further information visit www.swansea.ac.uk/shortstory

March 2013
I Am Lazarus Reissued 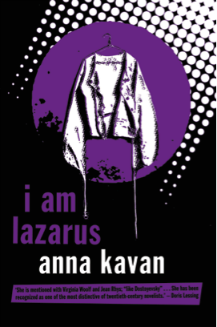 Peter Owen have recently reissued Anna Kavan's 1945 collection of short stories I Am Lazarus, making them widely available for the first time since the 1960s. Written and set during the Second World War, these Blitz-era stories echo the dystopian world of Asylum Piece and the hallucinatory, apocalyptic atmosphere of Ice. The collection contains some of Kavan's best writing, and is a poignant exploration of the psychic disturbance wreaked by war on soldiers and civilians alike. For more info, visit Peter Owen. 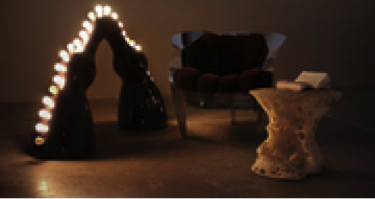 Visual artist Matthew Weinstein continues to reflect his on-going interest in Anna Kavan in 'Reading Rooms', the group show he is currently curating at the Sebastian + Barquet Gallery in New York. Find more details of the show at www.sebastianbarquet.com, and about his work generally at www.matthewweinstein.com.

Peter Owen have recently made a number of Kavan's rarer works available through Amazon's print-on-demand programme. Previously out of print, the following titles are now available as affordable paperbacks at www.amazon.co.uk: A Charmed Circle, Let Me Alone, Change the Name, My Soul in China. This is a welcome opportunity for readers to explore some of Kavan's lesser-known work, a particular highlight is Helen Ferguson's 1935 novel Let Me Alone in which the character 'Anna Kavan' first appeared. 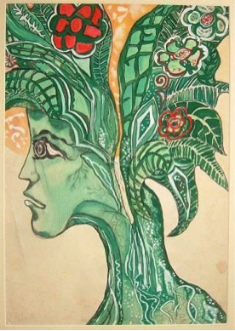 There will be a rare chance to view and buy some of Kavan's artwork at an exhibition in London opening 4 June until 2 July 2010 at AMUTI 23 bookshop. 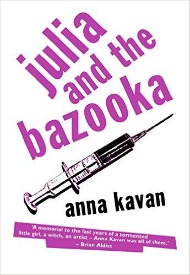 Peter Owen have reissued Kavan's posthumous collection of short stories Julia and the Bazooka for the first time since 1970 with a new introduction by Virginia Ironside. These late stories are some of Kavan's finest writing. Copies available from Peter Owen. 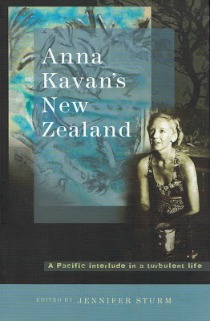 Jennifer Sturm's Anna Kavan's New Zealand: A Pacific interlude in a turbulent life was published earlier this year by Random House New Zealand. The book collects previously unpublished Kavan stories with letters from Kavan to her lover Ian Hamilton alongside a commentary on her New Zealand experiences.